Although some individuals and corporates have seen large gains in their cryptocurrency investments, others have seen significant loses. But, notwithstanding the volatility, blockchain technology and cryptocurrency seem destined to become a part of our global financial system, perhaps on a major scale.

What is a cryptocurrency?

A cryptocurrency is a digital asset designed to be a medium of exchange as an alternative currency to money. Unlike centralized banking that has a monetary authority to manage a state’s currency, money supply, and interest rates, cryptocurrency does not. Currently, exchanging cryptocurrencies over the internet is performed outside of formal banking and governmental systems.

The first decentralized cryptocurrency, bitcoin, was created in 2009. Bitcoin uses built-in encryption based on a cryptographic “hash function” as its proof of work scheme—the algorithm used to confirm transactions. Cryptocurrencies, such as bitcoin, bitcoin cash, litecoin, ethereum, and ripple, have increased in popularity and acceptance as a legitimate tender over the last few years, despite being unregulated by a monetary authority, which poses some degree of risk.

What is blockchain technology?

The blockchain is the technology behind cryptocurrencies which records transactions between parties in a verifiable, permanent way. The records, called blocks, are linked using cryptography where each block contains a cryptographic hash of the previous block, a timestamp, and transaction data. Once recorded, the data in a block cannot be retroactively altered without the consensus of the “network” majority and alteration of all subsequent blocks—a significant process, not taken lightly, if at all.

A peer-to-peer network and a distributed timestamping server manage the blockchain database autonomously. It is considered one of the most secure transactional technologies which do not require a central authority or central server.

Although initially developed to support the transaction of bitcoin, blockchain has expanded to other applications, securing transactions across a broad spectrum of businesses, including finance, banking, food safety, and security.

What is an initial coin offering (ICO)?

An ICO is a type of funding which uses cryptocurrencies (and by default, blockchain) to raise capital for a project or business enterprise. Primarily, an ICO provides an avenue for startups to raise funds without regulatory compliance and interaction with regulated institutions, such as banks. They are a growing phenomenon for raising capital.

ICO terms are set out in a document known as a “white paper,” which is similar to a business plan. In an ICO, cryptocurrencies are sold in the form of “tokens” to investors for fiat currency or other cryptocurrencies. When the ICO meets its funding goal and the enterprise launches, the sold tokens become functional units of currency. The tokens may also be exchanged for other well-known cryptocurrencies such as bitcoin or ethereum.

But ICOs also have a reputation for risk, stemming from a speculation market related to the value of the tokens in any given ICO. Such speculations have produced large rises in values for tokens where businesses have not even gotten fully off the ground.

ICOs in the BVI

The BVI has already facilitated well-known ICOs because of the recognized flexibility and established benefits of using a BVI business company for transacting investment business. Specific rules for cryptocurrency, blockchain, or ICOs that would restrict their use by a BVI company do not exist, yet, but BVI regulators are in discussion as to the right level of regulation to implement. For now, though, the BVI is taking “a wait and see” approach, which is common among many leading jurisdictions.

Notwithstanding the absence of specific laws which regulate the use of a BVI company in an ICO scenario, there are laws on the books for BVI companies to consider when raising money or conducting business using cryptocurrency. These include the Securities and Investment Business Act 2010 (SIBA), The Financing and Money Services Act 2009 (FMSA), The Proceeds of Criminal Conduct Act 1997 and its subsidiary legislation the Anti-Money Laundering Regulations 2008 and the Anti-Money Laundering and Terrorist Financing Code of Practice 2008 (together, the AML Rules), the Foreign Account Tax Compliance Act (FATCA) and the Common Reporting Standard (CRS), The Beneficial Ownership Secure Search System Act 2017 (Beneficial Ownership Rules), and The Electronic Transactions Act 2001.

Each legislation is discussed briefly below to determine their likely scope of application in an ICO structure.

SIBA regulates “investment business” in the BVI and provides that no person may carry on, or hold themselves out as carrying on, investment business of any kind in or from within the BVI unless they hold a license from the BVI Financial Services Commission.

The SIBA does not expressly classify ICO tokens or cryptocurrencies as investments. However, ICO tokens could be an equivalent to a security or, conceivably, a derivative contract caught by SIBA. Therefore, where the token is a security token, a license application may be necessary.

To date, most tokens appear to be utility tokens and, as such, would not fall within the scope of SIBA. Therefore, one can conclude that, in most cases, a BVI company conducting an ICO is not required to hold an investment business license.

Therefore, digital tokens and forms of cryptocurrencies would fall outside the scope of the definition of money services business under FMSA.

An ICO launched through a BVI business company should take into consideration the AML Rules, although they focus on the regulated sector, primarily. The AML Rules require specific policies and procedures to be established by “relevant persons” conducting “relevant business,” which are strictly defined. Currently, those basic definitions do not catch ICOs. Under the AML Rules, a BVI business company is unlikely to be deemed a relevant person conducting a relevant business.

However, any ICO should factor anti-money laundering and counterterrorist financing principles into their structure, as client due diligence is relevant to cryptocurrencies.

Both regimes relate to the automatic exchange of tax information between jurisdictions. FATCA and CRS legislation is relevant to determining the ultimate beneficial ownership of the BVI business company issuing the ICO. While FATCA and CRS may not be immediately applicable at the outset in an ICO scenario, when a BVI business company, acting as the issuer, starts to conduct business more generally, they will apply.

Beneficial ownership rules regarding a BVI business company focus on share ownership, voting rights, the right to remove a majority of the board of directors, and the exercise of significant influence and control over the entity. Token holders are separate from those with equity and control rights. At this time, the beneficial ownership register does not require those details regarding an ICO company.

The ETA is relevant to a BVI company when an electronic platform transacts the launch and conduct of an ICO. Understanding the impact of the ETA’s provisions on electronic signatures and recordkeeping requirements is important. In general, the ETA lends support to the position that electronic records will not be denied legal validity just because they are maintained electronically, as opposed to paper.

Future of cryptocurrencies and ICOs in the BVI

The financial services industry anticipates that the BVI will introduce some legislation to address ICOs and digital assets, eventually. The law is expected to include a regulatory sandbox to assess the potential scope of development in these areas. As the industry evolves, the appropriate regulation that weeds out the bad players and keeps the good ones is essential to the continued growth of the cryptocurrency market in the BVI.

While regulatory development is not easy when technology rules, with enough foresight—which the BVI has demonstrated in the past—the jurisdiction plans to stay ahead of the curve, offering BVI companies cutting-edge methods of doing business in the twenty-first century. 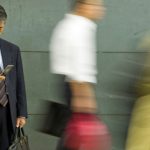 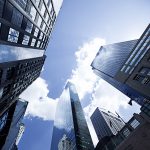