No global regulator exists at this time, but the G20 is pushing for The Financial Stability Board, a global watchdog that runs financial regulation for G20 economies, to act. (The G20 membership comprises a mix of the world’s largest advanced and emerging economies, representing about two-thirds of the world’s population, 85 percent of the global gross domestic product and over 75 percent of global trade.)

The International Monetary Fund has also called for more cooperation, highlighting cryptocurrency’s potential as a vehicle for money laundering and terrorism financing. Christine Lagarde wants policies that protect consumers, as they do in the traditional financial sector.

Although risks appear inherent, cryptocurrencies have a market value of less than 1 percent of global GDP, according to the chief investment officer (CIO) of the Investment Strategy Group at Goldman Sachs, Sharmin Mossavar-Rahmani.

To learn more about major financial centres’ positions on cryptocurrencies, visit the CNBC guide to regulations as of in March 2018. Read the article here. 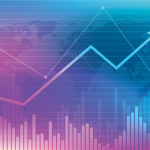 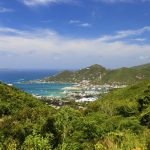