2019 is set to be another bumper year for Initial Coin Offerings, and even as the market matures and regulations are set in place, it’s likely that more crypto entrepreneurs will set sail for offshores issuances, writes Lorna Smith, OBE, the current Interim Executive Director of BVI Finance, in an article for Crowd Fund Insider.

She says, “Initial Coin Offerings (ICOs) are booming in offshore financial . In 2017, only a small minority of cryptocurrency transactions were taking place offshore but just a year later, according to a study by PriceWaterhouseCoopers and CryptoValley, the Cayman Islands, British Virgin Islands (BVI) and Singapore were the top three jurisdictions of choice for in the world in 2018.

“In the last year, many international financial (IFCs) have enacted what been seen as excessively stringent ICO-specific regulations that have curtailed activity. But in the BVI, for example, it’s adopted a ‘regulatory sandbox’ approach.”

OffshoreCryptoToday author and O’Neal Webster Partner Christopher interviewed for the article, adds: “Right now there are no specific ICO/cryptocurrency rules in the BVI. We’re operating within a regulatory structure that is rigid enough for to be transacted legally, but the government is collecting data and transactions to determine what would be best for ICO practitioners and investors before putting anything concrete in place.”

While offshore issuances continue apace, IFC regulators are listening to the ICO community to determine what the future looks like. Simpson noted that this reflects how the BVI has enacted much of its regulation. Importantly, these issuances are currently as an ICO token, not , so they do not fall under fiat regulation.

How did these top three offshore jurisdictions raise more than US$7.67 billion through ICOs, 60% more than the rest of the top ten jurisdictions combined? And why the world’s ICOs all looking to take place offshore? Read on… 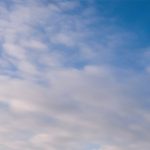 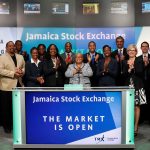