Fidelity has become the first Wall Street firm to officially provide cryptocurrency custody solutions. The service is being provided through a separate entity called “Fidelity Digital Asset Services”, and is expected to make digital assets more accessible to investors. Security is an important aspect of cryptocurrencies and Fidelity’s custody solution will include vaulted “cold storage,” which involves taking the cryptocurrency offline, and multilevel physical and cyber controls, among other security protocols that have been created leveraging Fidelity’s security principles from other parts of its business. 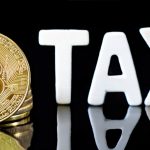